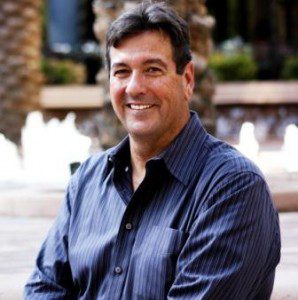 James L’Etoile is a crime fiction writer with a cause; his upcoming release, Hollow Man, is set in the Sacramento Delta because Northern California has found itself center map for human trafficking. (I did not know that!)

The story involves a police detective trailing an organ harvesting serial killer who faces a choice–capture the killer, or make a deal for a kidney the detective’s son needs to stay alive. (He set his first human trafficking novel, Little River, in Jamaica because the setting needed to be somewhere remote, exotic and foreign to the protagonists.) Hollow Man uses the extensive river networks, aqueducts and reservoirs in the Sacramento Delta as a backdrop.

Water, rivers in particular, tend to be used as a metaphor for life and renewal. I wanted to turn that tradition on its ear. In Hollow Man nothing good happens near water.  Deaths occur on the river, bodies are found, and the river washes away the killer’s trail. 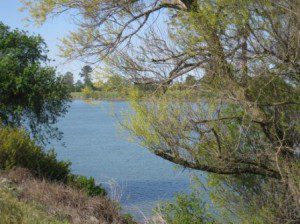 L’Etoile believes that each place has a feeling and culture that makes it unique. It is helpful to walk where the characters walk, see what they would see and soak up the smells and nuance of the setting.

The sun glints off of a building at a certain time, casting a specific glow.  Google Maps can’t show you that.  I talk to people who might interact with my fictional characters. That helps me get a feeling for how people behave in that setting. I think readers will allow a fictional character to do almost anything, sprout wings, cast spells or fend off zombie attacks, but portray a setting incorrectly, refer to the blue steel of the Golden Gate Bridge, or Giant Sequoia Redwood trees in the Central Valley, and the reader gets jarred back into reality and is less likely to get back into the story.

A perfect setting for crime

Crime occurs everywhere, he says, but the Golden State delivers a certain flavor that translates to the page.  The list of crime-inducing ingredients is long:

Enjoy this excerpt from Hollow Man, where Detectives John Penley and Paula Newberry respond to a crime scene at the Delta King Riverboat in Sacramento.

A wide wooden gangway angled down from the pier to the Delta King riverboat.  River levels rose and fell with the droughts and snowmelt and the gangway sat on hinges that adjusted with the changes in water level.  The river ran low today and the red and white paddle wheeler sat well below the pier with only its pilothouse and twin stacks visible from the street.

Clusters of people assembled at the edge of the pier, near the gangway entrance, gazing toward the stern of the ship.  One man pointed down at something in the water.  Television news crews responded to his cue and swiveled their cameras in hopes of tagging a gruesome find in time for a broadcast at lunchtime.

John and Paula located a uniformed officer who kept onlookers and media types off the gangway and away from the ship.  The officer tucked a clipboard under his arm and pulled a short section of yellow crime scene tape back like a velvet rope at an exclusive nightclub.  The detectives cleared the gangway and the officer added their names to a list of persons who entered the scene.

The Coroner’s technicians had erected a tall white tarp that screened the stern of the boat and the dock from the gawking public above.  In spite of the restricted view, the news cameras rolled and hoped for a tarp malfunction that would give them a tabloid front-page money shot.

As John and Paula approached the ship’s deck, a pair of technicians clad in white disposable jumpsuits, hefted a bundle wrapped in a blue plastic tarp to the dock surface.  A river rescue dive team untangled the package from the stern paddlewheel and lifted it to the techs on the dock.

The package settled onto the wood deck planking and river water oozed from the folds in the plastic.  The wrapping clung to the contents and molded into a blue sculpture of a semi-human form.

Behind the Coroner’s technicians, Lieutenant Barnes motioned for John and Paula.

“When did this get called in?” John said when he reached the Lieutenant.

Paula stopped at the plastic wrapped remains and began jotting notes in her notebook.

“About twenty minutes ago,” Barnes said.

“Damn, didn’t take long for the vultures to get wind of it,” John said and tipped a jaw toward the assembled news crews.

“The officer who responded to the call used the radio to call it in.  He’s a rookie and had no idea they listen to the scanners.  He feels bad about it and knows better now.  That’s one mistake he’ll never make again.”

“So who found the body?” John said.

Barnes pointed to an older grey haired couple leaning on the deck rail near the gangway.  “They decided to walk out on the deck after they finished their brunch.  The Mrs. saw what she thought was a couple of salmon getting frisky.  A large fish kept bumping up against something.  Then the body rolled over and they got a good look at the face.”

James L’Etoile is an author whose crime fiction work has been recognized by the Creative World Awards, and Acclaim Film. Little River is his debut novel and he’s currently working on his seventh novel. Additional information about the author and his background in criminal justice operations, can be found at http://jamesletoile.com 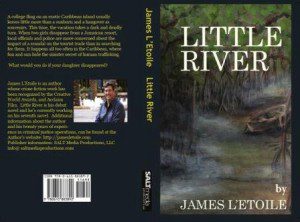 ← Book Review: Pillows for your Prison Cell MailChimp and MicroDwellings →