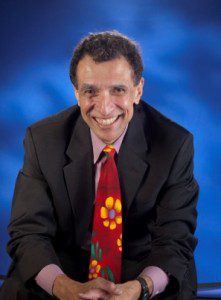 Frank Tavares learned to love the culture, climate, and creativity of the San Joaquin Valley when he used to drive the stretch of road between L.A. and San Francisco on Highway 101, a personal therapy he misses since relocating to  New England.  Author of a short story collection, The Man Who Built Boxes (Bacon Press Books 2013) his characters deal with limitations–self-imposed or self-inflicted.

Frank says, “…until I saw all of the stories together, I didn’t realize how much the places I have lived have influenced where I set particular narratives.  When I lived in Fresno, I was teaching at Cal State and visiting advertising clients in the San Joaquin Valley and Los Angeles. Although not specifically identified, the story Accident With a View unfolds in the hills of Los Angeles, and the main character reveals a former life in Fresno, which shaped who he has become.

Frank is  most comfortable placing stories in the unspecified present. ” There’s something nice about writing a scene that resonates with the reader’s present day frame of reference, without actually dating it,” he says. “Even though I know exactly where many of the settings are, often in a story I’ll leave the actual location vague. Clues might bring you to a specific region, but I won’t necessarily name the town. ”

How important is it to portray a setting accurately? If Frank hasn’t visited a place for a while he contacts friends who still live there to help him understand how things have evolved, or for actual descriptions.

“I’ve even used Google Earth Street View to put me virtually in front of a place I needed to see again. And I’ve used research as an excuse to revisit other locations to absorb the ambiance and appreciate how it has changed from my earlier experiences.”

One of the things Frank loved about living in California was that you could find  pretty much anything you wanted location-wise.  But because California is such a go-to place for movies and television series, many readers have clear images of how things in California should be. Examples: views from the Hollywood hills, the agricultural fields of the San Joaquin Valley, or the iconic Big Sur coastal vistas.

” It’s a challenge to provide enough familiarity that readers can build on some preconceptions, but, and this is the trick, be able to reveal the human aspects of those who live there or work there or who are traveling through in a way that will resonate with someone living in any other part of the country. ” 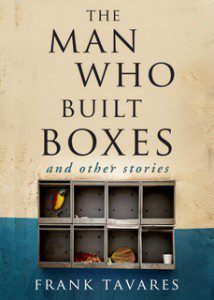 Let’s test drive Frank’s theory. To set the scene: The iconic shots we see in movies from the hills overlooking Los Angeles fuel Big Al’s fantasies about living there.  Our appreciation of his fantasies are tied to our own images and the myths we create about the types of people who might live there.

Big Al has witnessed an accident in which Dolores, a burned out, middle-aged lady in an expensive imported sports car, ran over a fellow at a city intersection. She’s too shaken to drive and asks him for a ride home.  He discovers that she lives in the hills overlooking the city, a place he’s fantasized about ever since he moved there a decade before from central California.

Excerpt from Accident With a View

He’d never be able to afford something in this zip code. Not while he was working for somebody else. Not while he was working as a forty-five-year-old, out of shape, trouble shooter for a cheap bastard who owned a trucking company. Not unless he could figure a better angle. No, the best he could wish for was a Sunday drive past these houses wondering how many necks the owners had stepped on to live here.

She invites him in for a 10:00 a.m. drink. The view was as good as Big Al imagined. The whole valley floor  unfolded in front of him. Standing on the deck, it seemed they were suspended in air. “It’s like coming in for a landing at LAX,” he said.

He looked over the edge. It was a good fifty-foot drop into rocks and vegetation and fifty feet below that, another house waiting to ski down the slope.

“Bobcats and coyotes,” she said. “And some big-ass owls. They hunt at night. You don’t see any cute little puppies running around up here for long. Refill?”

She had opened a bottle of champagne. Big Al didn’t recognize the label and figured it was probably one he couldn’t afford. It was too fruity for his taste, but he’d be an asshole if he told her that. He held out his glass. She poured.

The main feature of the living room was a large telephone pole that rose from the center of the floor and disappeared through the vaulted ceiling. Big Al walked slowly around it.

“It kind of holds up this part of the house,” she said. “Like a giant spike nailed into the rock.”

“Doesn’t seem like it would be strong enough,” he said.

Dolores shrugged. “Do you think he was married?” she asked, sitting on a sofa near the windows.

“The man I ran over. Do you think he had kids?”

“Will they call them?”

“The police. Will they call his family? Will they tell them on the phone, or will they go in person?”

Even the bathroom had a view. The spa tub was below a huge window. He could imagine soaking in here with a bottle of vodka, watching the sunset. Maybe somebody in the tub with him; some nice lady enjoying his company. Maybe somebody like this Dolores.

If you’re an NPR listener, then you already know Frank Tavares. For many years, he’s been called “The Most Heard Voice” on public radio. Listeners across the country have heard him dozens of times a day as the man who said “Support for NPR comes from NPR member stations and . . . .” Tavares was the single voice announcing the funding credits after every national news and information program from the 1980s through the fall of 2013. He has been writing his entire professional life, but only started publishing fiction a dozen years ago and his short stories have appeared in a variety of literary journals including Louisiana Literature, Connecticut Review, Story Quarterly, and The GW Review.  He is also one of the founding editors and an active member of the editorial board of The Journal of Radio and Audio Media.

Currently Tavares is a professor of organizational communication at Southern Connecticut State University in New Haven, but he also taught radio, television, and film at California State University, Fresno.  Despite his current day-job, you will find him most mornings, up before dawn, writing fiction.