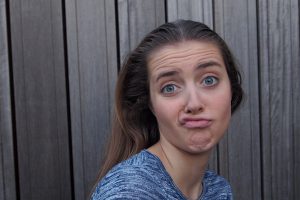 These days, inquiring about a person’s New Year’s resolutions seems akin to asking how they voted. Some grimace, some growl, many abstain. Not so with writers. We tell the world what our intentions are for the coming year.

In our journals, we scribble our desires to improve ourselves, our writing, our communities, our world. We organize our thoughts on 3×5 cards or in apps. Next we rewrite for clarity and edit for punch. Then we write memorable mantras on our white boards and quote poets, sages, and scriptures.

I am still processing my intentions for 2017.  I don’t know whether world events (or my own life) will spin out of control tomorrow. But the Christian faith teaches us to face the future with hope, knowing that God’s purpose will stand. (Proverbs 19:21)

My partner in the sublime and I have pledged to shake it up this year–challenge some entrenched mindsets by trying new things. Normally we lay low on New Year’s Eve. This time we welcomed 2017 by attending our first performance of the Phoenix Symphony.

I harbor a common attitude that symphonies are dying. To survive, they must educate new audiences in the old ways. The thought that a conductor might be expected to engage an audience with anything other than excellent musicianship? Appalling!  How could the big dose of “happy” that guest conductor Stuart Chafetz promised the packed out symphony hall further the cause of classical music?

Well, let me tell you.

Broadway star Nicole Parker fronted the symphony. She performed show tunes and comedy skits that united the audience in rollicking laughter and thanks-for-the-memories applause. (When she ran slo-mo across the stage to strains of Chariots of Fire and paused to take a selfie, the audience registered a ten on the laughometer.)

The conductor managed to highlight the skill of the orchestra and composers even as he jumped, twirled, and presented his gleefully grinning face to the audience. He roused us to sing along to seventies and eighties tunes. He soothed us with awe-inspiring Strauss waltzes, and moved us to consider how well modern composers like John Kander (Chicago) stand up to the masters of old.

Truth be told, the audience engagement added to our appreciation of the music. I felt at once connected to my own personal history and to performances and audiences in ages past. Hearing the James Bond theme was eerie. Strange to think that the cold war that defined our young lives–the war we thought we won–has returned. Having lived over half a century between the Cuban Missile Crisis and ISIS, the Bond Medley seemed nostalgic, romantic, but also slightly chilling in face of present reality. Still, I’ve become more philosophical. Cyberhacking might be a better war to fight than its nuclear alternative.

Observe and listen, learn and grow

Observing with an open mind, listening without judgement, accepting adaptions that preserve the good even as they accommodate the new and different—these are actions hospitable to learning, growing, and appreciating the unfamiliar. 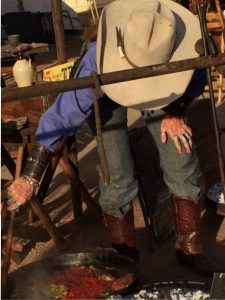 In another “first” we accompanied friends to the Arizona National Livestock Show. I went with no real understanding of the purpose of a livestock show. We walked over straw and animal droppings past cages of sheep and goats and sat on a cold bleacher in a barn. Young people led their sheep into a ring and executed choreography that depends on a tight focus and a cooperative animal–a life lesson that some things are beyond our control.

The judging process performed by a university professor demonstrated the industry’s efforts to encourage the next generation of ranchers and improve the quality of our food supply. The chuckwagon lunch showcased a proud history.All the food is prepared in dutch ovens set over coals on the ground.

My personal challenge came during the Li’l Buckaroos show. Young children allowed themselves to be placed on sheep, released from a gate, and bucked off onto a bed of shavings. As they laid flat on their backs, stunned, we laughed and clapped. I had to stifle my overprotective instincts until it hit me–these are farm kids.

The tots had adequate body protection. All but one slowly got to shaky feet and were helped out of the ring. (A dad collected the one little girl who remained prone, unhurt but tearful.) On the farm, this is how farm parents teach their kids to pick themselves up, dust themselves off, and try again.

Where do I find hope in this? In an age of fake news that screams for my attention, that is all shock and no substance, people on symphony stages and in barns are working to preserve the good.

My New Year’s resolution is to pay attention to people like them.